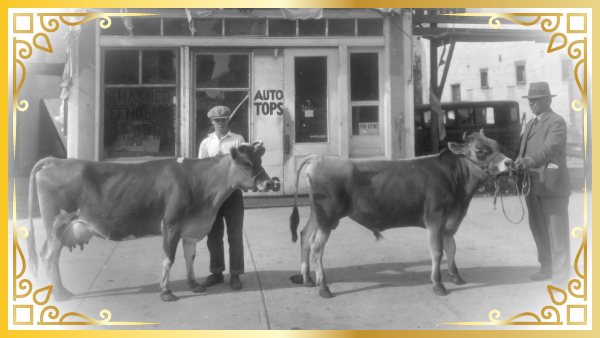 “Utah’s Sweetest Tradition: 100 Years of Aggie Creamery,” a small exhibit outlining the history of the Aggie Creamery, will be on display on the lower level of the Merrill-Cazier Library until mid December.

"The Library wanted to celebrate the centennial anniversary of the creamery's opening in a unique way," Archival Processing Coordinator Drew Roberson said. "I worked with a few colleagues to create this small exhibit to highlight the history of USU's favorite dessert."

The history of Aggie Creamery dates to the founding of Utah State University in 1888. What became known as the creamery was originally a teaching laboratory in Old Main.

2022 marks the 100th anniversary of Aggie Creamery’s industrial production and sale of ice cream. To learn more, visit the exhibit at the Merrill-Cazier Library.